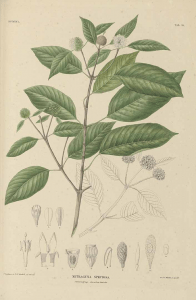 Kratom is a Thai medicinal herb used as a self-treatment for opioid use disorder. Mitragynine, the plant’s most abundant alkaloid, is a low efficacy µ receptor agonist with G- protein signaling bias. In close collaboration with the laboratory of Christopher McCurdy, Ph.D., FAAPS, in the Department of Medicinal Chemistry and the Translational Drug Development Core, we are showing that mitragynine has limited abuse-related effects in our preclinical screens. We are showing that mitragynine interacts with non-opioid CNS targets including adrenergic receptors. This project includes a collaborative, interdisciplinary team, that is studying the pharmacophoric elements of mitragynine through synthetic derivatives in an approach that led to the understanding of the essential pharmacophore of morphine. We are using a combination of chemical and prodrug synthesis, in vitro metabolic stability, affinity and efficacy analysis, behavioral assays predictive of receptor mechanism (drug discrimination), abuse (self-administration), and untoward effects (respiratory depression, tolerance, and dependence), and in vivo ADME assays. We are studying all alkaloid constituents in Mitragyna speciosa. We are also creating mitragynine analogs with innovative pharmacological mechanisms that include both opioid and adrenergic activity. Our efforts to identify the pharmacophoric requirements of mitragynine will lead to templates for the design of novel opioid receptor ligands; this will greatly improve the knowledge of interactions of these structurally novel compounds with opioid receptors and facilitate the development of these ligands as treatments for opioid use disorders. 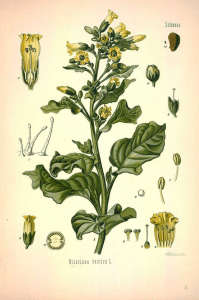 The current opioid crisis has fueled renewed focus on non-opioid analgesics, including cannabinoid receptor ligands. THC-based analog development has been dominated by one general method, the “biomimetic route,” where a cyclic monoterpene derivative and a phenolic component serve as starting materials. Though effective for certain core substitution patterns, other patterns are inaccessible with this established method, thereby limiting insights into structure-activity relationships and clinical development of cannabinoid receptor ligands. We are optimizing novel protocols to modularly assemble cannabinoids with previously inaccessible substitution patterns, and will prepare first-generation libraries of cannabinoid analogs based on each synthetic protocol. We are developing a convergent and divergent synthetic route to cannabinoid analogs from abundant propargyl chloride, salicylaldehyde, and allyl nitrile starting materials. The route is yielding diverse analogs with unexplored substitution patterns as well as axially chiral cannabinol (CBN)-analogs. We are also devising a protocol for preparing cannabinol benzochromene analogs by hexadehydro-Diels-Alder (HHDA) cycloaddition. We are establishing the in vitrocannabinoid receptor binding affinity of “first generation” THC analogs and examining THC analogs in pre-clinical models of antinociceptive effects, as well as in a well-validated model of CB1receptor-mediated subjective effects. We are establishing the in vitrocannabinoid binding affinity of novel chemical entities in cultured HEK293 cells expressing either human CB1or CB2receptor subtypes. We are identifying the capacity of chemical entities to produce hypothermia and antinociceptive effects, two well-known effects of CB1receptor agonists, in C57BL/6J mice. In a pre-clinical model of subjective effects, i.e., C57BL/6J mice discriminating 5.6 mg/kg THC i.p., we are screening for CB1receptor agonist activity. CB1receptor agonism is further evaluated with the CB1receptor-selective antagonist rimonabant, and CB2receptor agonism is evaluated with the CB2receptor-selective antagonist SR 144528. We expect our novel synthetic approaches for creating new cannabinoid-based drugs to unlock new directions for therapeutic development.

Ginsburg BC, Hruba L, Zaki A, Javors MA, McMahon LR(2014) Blood levels do not predict behavioral or physiological effects of Δ⁹-tetrahydrocannabinol in rhesus monkeys with different patterns of exposure. Drug Alcohol Depend 139:1-8 PMID: 24703610

Giuffrida A, McMahon L(2010) In vivo pharmacology of endocannabinoids and their metabolic inhibitors: therapeutic implications in Parkinson‘s disease and abuse liability. Prostaglandins Other Lipid Mediat 91(3-4):90-103 PMID: 19523530 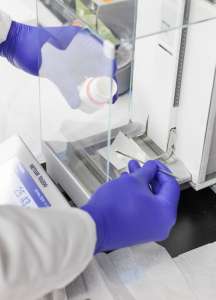